on October 05, 2014
Though this event took place almost a year ago, the relevance of this public lecture's topic still holds to this day.
Prof. Tom Plate, a professor at Loyola Marymount University and columnist in LA Times and other global newspapers delivered his lecture dubbed as "In the Middle of the Future" at Lee Kuan Yew School of Public Policy.
What I remembered from his talk was that all the great leaders he had interviewed such as Lee Kuan Yew, Mahathir Mohamad, etc. were really good at details.
He also said that he never met a single dumb Singaporean and he is in great praise of Lee Kuan Yew. He cited an unverified anecdote wherein Lee Kuan Yew just arrived from a foreign trip when he saw maple trees planted along the airport road. The following day, Mr. Lee ordered that all the maple trees be removed as he said "This is Singapore not Canada." For Prof. Plate, this anecdote shows Lee Kuan Yew's sensible way of thinking.
Jokingly, he said that he's not certain of the future but Prof. Kishore Mahbubani is. 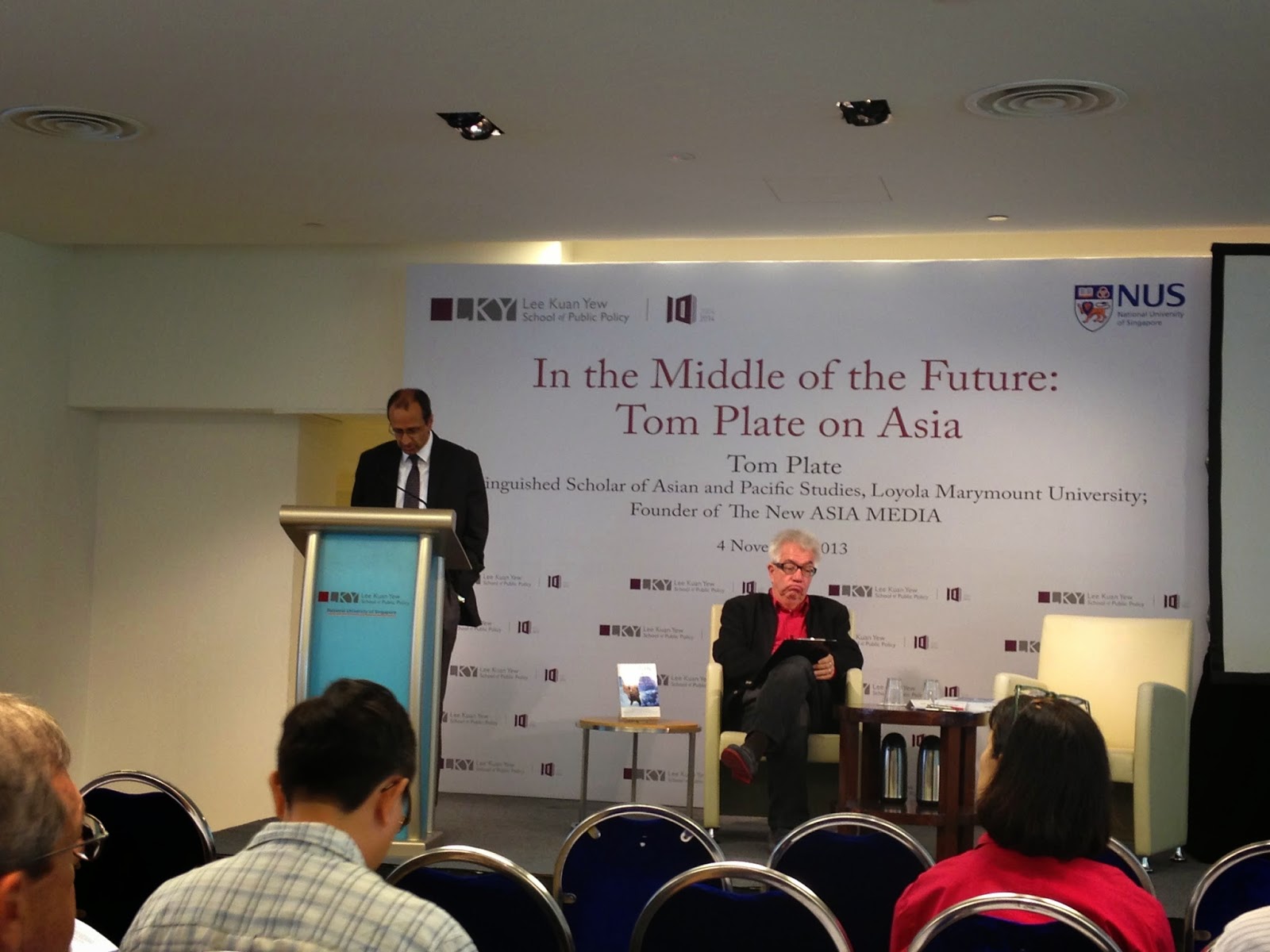 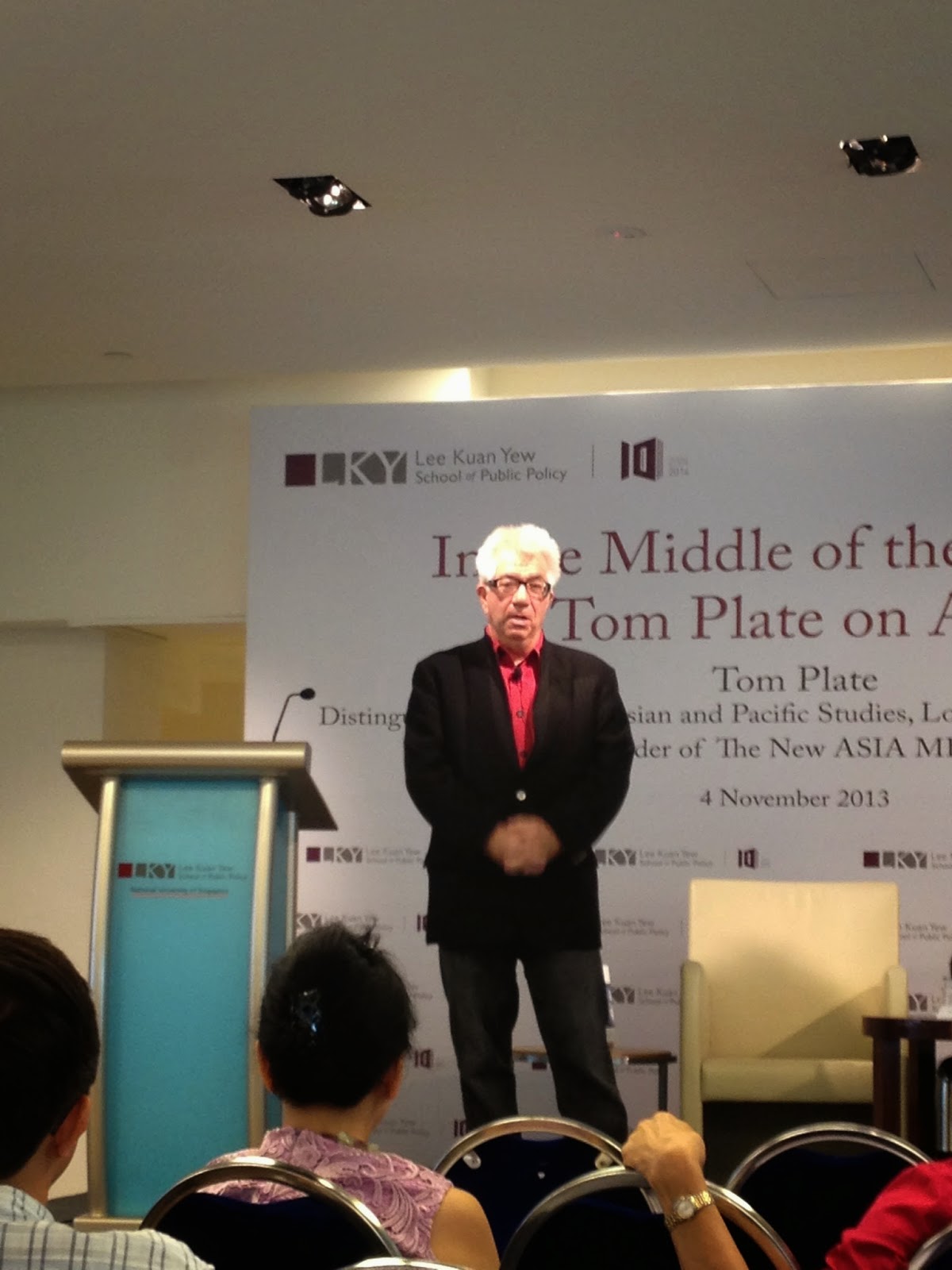 Prof. Tom Plate delivering his perspective on Asia as he wrote in the book
"In the Middle of the Future". 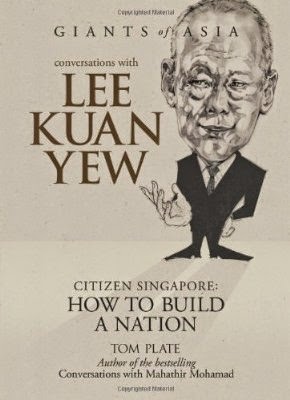 The book on Lee Kuan Yew authored by Tom Plate. 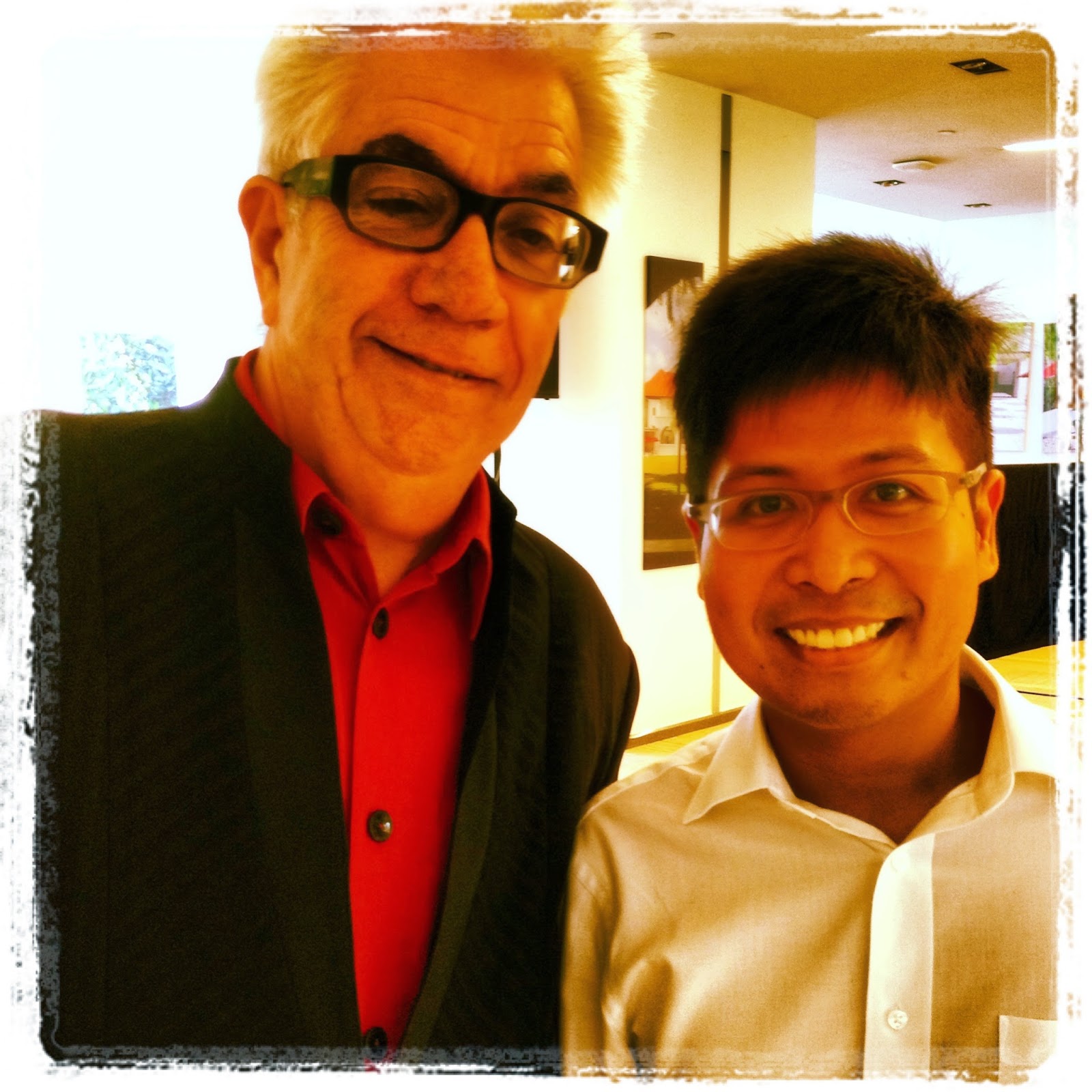