on July 03, 2014
Korea's landscape is dotted with many palaces. In downtown Seoul alone, there are four palaces with the Gyeongbok Palace being the most famous. However, near Seoul City Hall, there is this serene palace called Deoksu Palace. This was built during the Jeosun era and became the residence of Korean royalties. This was constructed earlier than the Changdeokgung, another palace in downtown Seoul.

The traditional changing of the guards, a rite which dated back to Jeosun era is being reenacted in the gate of this place. 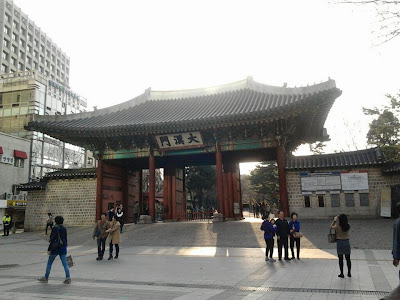 The gate of Deoksu Palace. 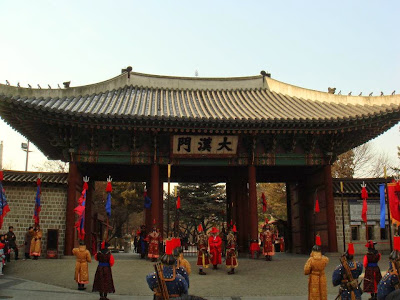 Changing of the guards as it happens at the Deoksu Palace gate. 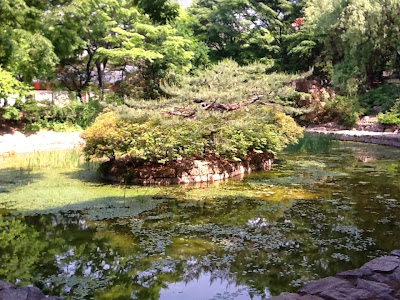 The manmade lake beside the coffee and souvenir shop. A very good ambiance while sipping coffee in the seats beside the lake. 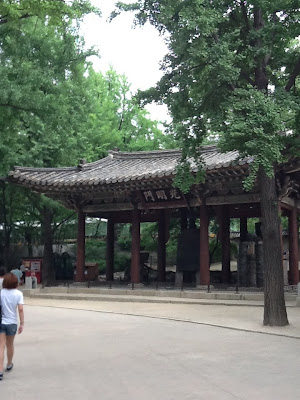 An olden Korean hall which houses a big bell.
﻿ 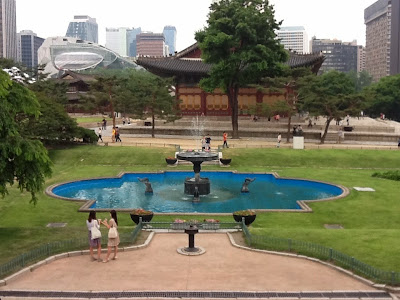 The Deoksu grounds fronting the National Museum of Modern and Contemporary Art. 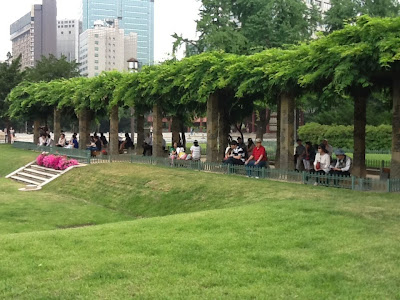 The leaf-canopied walkway to the National Museum of Modern and Contemporary Art. 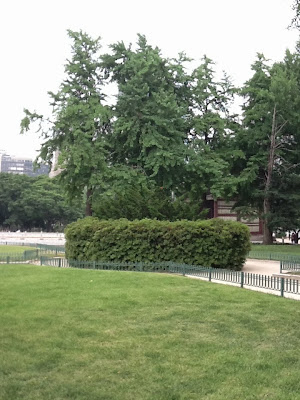 A trimmed shrub in the palace grounds. 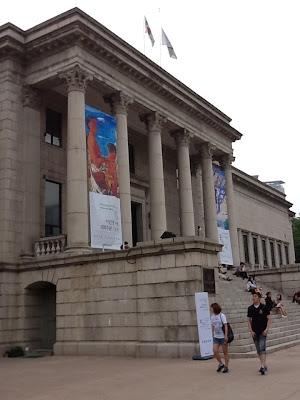 The National Museum of Modern and Contemporary Art